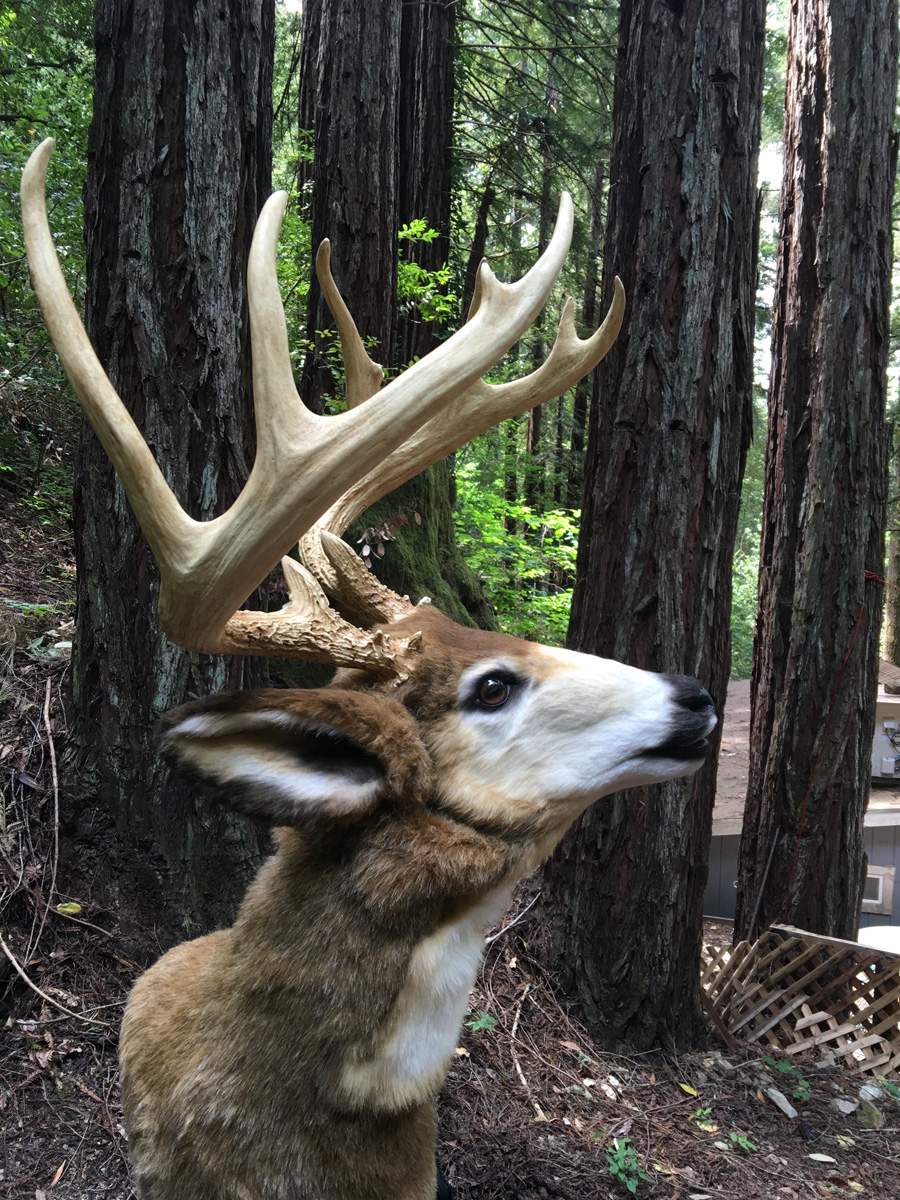 Working on a project with Russ, (fellow comrade from Jim Henson's Creature Shop Challenge) I made a realistic, full sized, 10 prong mule deer head and shoulders as the "hero" for a series of Colorado wildlife commercials. Russ made a full body deer for the establishing shots which was unfortunately cut in the final edit. My deer which is featured in the commercial has moving ears and a moving mouth; the eyes were animated in post production.